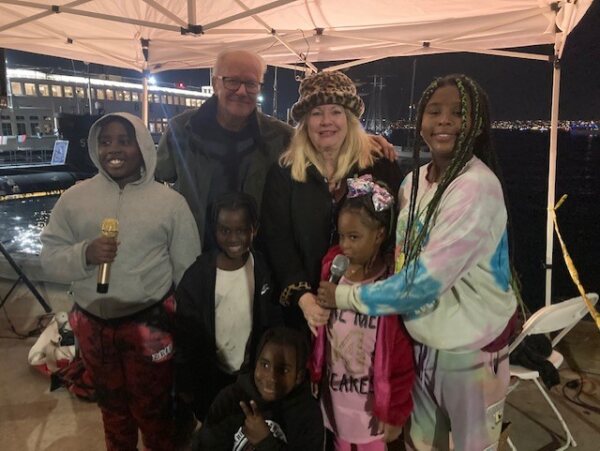 The 50th annual San Diego Bay Parade of Lights promises to dazzle and entertain bayfront crowds during two evenings in December each year. Participants in this year’s highly anticipated holiday boat parade will decorate their boats to fit this year’s theme, which will be announced later this year.

Presented by the Port of San Diego, the San Diego Bay Parade of Lights brings more than 100,000 San Diego residents and visitors to the shores of San Diego Bay each year. The procession of approximately 80 lavishly decorated boats has become one of the most iconic events in the region.

This year, for the 5th time, the parade will proceed to the pier at Cesar Chavez Park before making the turn to Coronado, giving spectators another area to view the parade. Beginning at 5 p.m. each night, the parade starts at Shelter Island and proceeds to Harbor Island, the Embarcadero, Seaport Village, the Pier at Cesar Chavez Park, and ends at the Ferry Landing in Coronado. The parade takes about an hour to pass any given point and there are many comfortable waterfront viewpoints along the route. Due to increased traffic and parking demand, observers are encouraged to plan ahead or take the trolley.

Parade Route & Approximate Times at Locations around the Bay 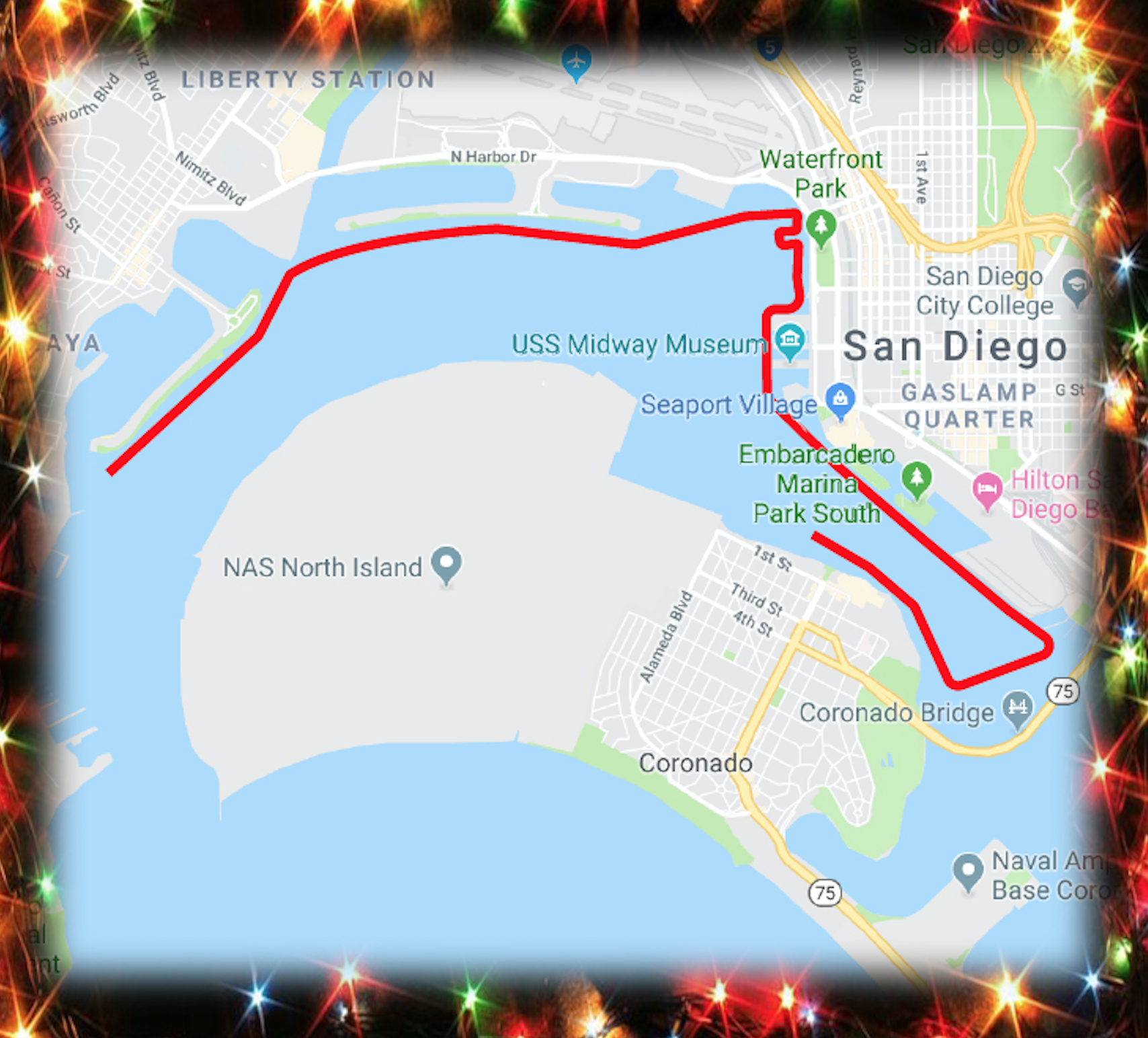 The parade takes approximately one  hour to one and a half hours to pass any given point along the parade route.  The approximate arrival time of the parade at various locations are:

Important Parking Information for the Parade

The San Diego Bay Parade of Lights  is seen by approximately 100,000 people every year. As a result, parking will be  limited in and around the Bay.

Attendees to the event are  encouraged to utilize San Diego Public Transit, such as the San Diego Trolley.  All three trolley lines and several Bus lines serve Stations with parking lots that provide convenient service to the North  Embarcadero area include Fashion Valley, Old Town and America Plaza.

To get within a short walk of Harbor Drive, take the Green Line to the Santa Fe Depot, or the Orange or Blue Line to the American Plaza stop. On Sundays, two children ages 12 and under ride free on MTS Trolley and Bus with each paid adult, and an Adult Day Pass fare is only $5 on a Compass Card.

For more  information go to www.sdmts.com.

Another Alternative is to park  downtown and utilize San Diego Pedicab service for transportation to the  Embarcadero. Fares run about $1 per minute.

The following outlines other free  and paid lots:

For landlubber viewers, the north  and south ends of the Embarcadero are great areas for viewing, as well as the  pathway along Coronado as these areas tend to be less crowded. Another excellent  viewing point is the park behind Seaport Village and the new pier at Cesar Chavez Park.

If you plan on viewing the parade  from Harbor Island, get there early and be aware that parking is at a premium.

Click here to visit our Sponsors Page and show them your support!

Theme announced for the 2021 San Diego Bay Parade of Lights